Your experiences: my child with food allergies and reflux 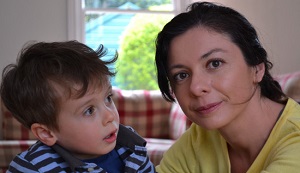 Becky Devanny talks about the desperation she experienced as a result of her son’s multiple food allergies and reflux.

I knew when Harry was just two weeks old that there was something wrong. He didn’t cry, he screamed, for hours on end. And I knew it was in pain. Yet a first-time mum is all too easily dismissed, with GPs saying it was “just colic.”

"There was no escape from the crying and no sleep. The exhaustion was indescribable."

I spent those first months holding Harry day and night. He couldn’t be put down, even to sleep. He couldn’t go out in the pram without heads turning at the screaming, couldn’t go in the car seat without going apoplectic and couldn’t feed without a distressing struggle.

We ended up in A&E before we were taken seriously enough to get a first diagnosis: silent reflux. A phrase I have come to hate.

A silent refluxer is anything but. The “silent” refers to the fact that although stomach acid is coming up into the baby’s throat, it isn’t being sicked up.

And the term “reflux” is used for both the bringing up of milk that is very common for babies, as well as the rarer condition in which strong acid comes up, causing burning and inflammation, which in some cases can be severe.

The reflux medications made no difference to Harry and he also cycled between diarrhoea and constipation. I remember holding him as he screamed non-stop for five hours, in the sort of pain an adult would be hospitalised for, and feeling desperation that no-one was taking us seriously.

We suspected a dairy allergy, but cutting it out of my diet completely still didn’t cure it. We hoped weaning would help but it was a struggle. He had an aversion to even going in the highchair. He gagged and choked and had horrific vomiting episodes when he would bring up a whole day’s food in one go.

And the nights were torturous. We eventually sought the help of a paediatric allergy specialist, who put Harry onto a prescription hypoallergenic formula. But he wouldn’t take a bottle. He risked dehydration, showing just how bad the pain must have been.

We were admitted to hospital, and after eight months of battling, it was a relief. Harry was pinned down in hysterical screaming fits to be tube-fed, but he kept pulling the tube out in distress.

It took 10 days before he was drinking just enough to be discharged, but at last, we had a diagnosis. We were told Harry was suffering from multiple non-IgE food allergies, which had inflamed his gut. Unlike the well-known IgE allergies, which cause immediate effects on the skin or breathing, non-IgE allergies are delayed and affect the gut, hours after exposure.

This is a condition with no easy tests and no easy answers. Even when all the offending foods are avoided, an allergic gut can flare up with the mildest cold or teething.

Gastro-Oesophageal Reflux Disease (GORD) is one symptom, combined with lower gut pain, constipation and diarrhoea. We had to exclude all wheat, gluten, dairy, soya, eggs, a long list of vegetables and some fruits from his diet.

It became a daily battle to make his meals, which he often refused to eat, or sicked up. He was in most pain at night and the evening vomits continued.

"The struggles with sleep and feeding are private battles."

But, despite everything, Harry was emerging as an incredibly warm, happy little boy. He had a beaming smile for everyone. It was what kept us going. But it also felt like a painful paradox of the condition.

The impact on a family’s quality of life can be extreme, and the damage to the gut serious, but these children can seem totally normal to others. The struggles with sleep and feeding are private battles – it’s a hidden disease.

Harry has just turned three. It is still a fine balance to keep his gut stable, but it’s much more manageable and we’re now receiving the right care.

My heart goes out to any parent trying to make their way through this battle.

Much more needs to be done to raise awareness of the condition so that families at the brink of despair are not dismissed, but helped to get the right treatment and the support they so desperately need. 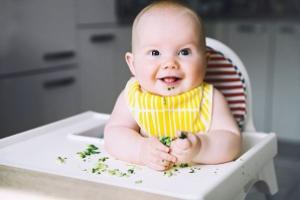 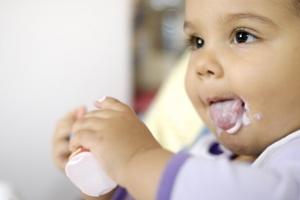 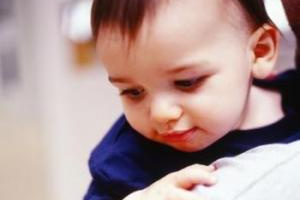 What is baby reflux? Symptoms and support Read article