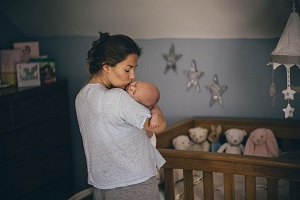 My story comes without the usual family picture. Not as a result of a lost camera or broken computer but because there are some things about my experience that are so personal I haven’t even discussed them with my husband and I do not wish to be identified.

The start of labour

I’ll start with the birth. It did not go as planned. I had wanted a water birth with as little intervention as possible but labour didn’t get going after my waters broke and 60 exhausting hours later when I was finally induced I requested an epidural.

"Looking back, I suppose I should have known something wasn’t right."

I dilated pretty quickly and could feel my baby’s head. But then I heard the monitor bleep, indicating that my baby’s heart rate was dropping. The midwife said that if it happened again they would have to do a forceps delivery.

Sure enough, the paediatrician was called and, having already suffered a second-degree tear, I was given an episiotomy before the forceps were applied. Three pulls and my son arrived. He was a little shell shocked and his jaw bruised but he was healthy and I was overwhelmed with love.

I had lost quite a lot of blood and was very out of it before being given a blood transfusion and iron tablets. Looking back, I suppose I should have known something wasn’t right when I got out of bed and wet myself completely in front of relatives and other patients in the hospital ward.

When I say wet myself, I mean properly soaked. But I put it down to the fact I’d had a catheter inserted with the epidural and didn’t think any more of it.

However, on several more occasions during my hospital stay, I didn’t make it to the lavatory in time and when I did, it just felt like I had no control over the force or direction of the flow of urine.

I also felt very strange around my vaginal area – but put it down to a mixture of numbness, pain, stitches, and painkillers.

When I got home I tried to start my pelvic floor exercises and realised I couldn’t feel my pelvic floor at all and when I started going for short walks with my baby I felt like something was about to drop out from inside of me. Little did I know at the time that this was my pelvic floor.

I was about to have another embarrassing moment. I was luckily at home when I felt a sudden urge to open my bowels and soiled myself. I thought it might be something I’d eaten but a few days later I had another leakage and knew something was wrong.

Time went on and with all the sleepless nights, keeping on top of feeds and trying to remember to get dressed and eat myself, I didn’t think much more about my symptoms and just got on with things.

At my six week check I asked about the pelvic floor and was told there was probably some damage but I would feel the benefit of the exercises in time.

After two infections around my episiotomy scar, I was referred to a consultant who removed a fleshy lump of skin that had grown over the stitches. I thought this was causing some of the strange feelings in my vaginal area so was very disappointed to find I still had the odd hanging sensation.

Damage to my pelvic floor

I was referred to a physiotherapist who examined me internally and explained that I had sustained bad damage to my pelvic floor. She showed me how to do the exercises properly, and gradually I began to be able to feel my pelvic floor again.

"I was still finding that I was leaking urine most days."

At this point, I was still finding that I was leaking urine most days when coughing, laughing, sneezing or even just when I had a full bladder.

So when my son was around nine months old I went back to the my GP as I was feeling quite down.

"I found it comforting to speak to someone who could empathise with me."

I didn’t have a very positive consultation with the doctor saying I was probably not doing the exercises properly and turning down my request for a referral to gynaecologist or midwife. I left the room in tears.

I was put in touch with someone who had suffered similar problems to me who let me ask her all sorts of personal questions.

I found it very comforting to speak to someone who could empathise with me.

She also gave me hope as her symptoms had improved and she had gone on to have a second baby.

I went back to see another doctor who was far more supportive and thoroughly examined me. I am now having physio again.

It is now nearly a year since the birth of my son and I would be lying if I said everything was back to normal. But I can feel my pelvic floor has got stronger and I am hoping to have another baby. 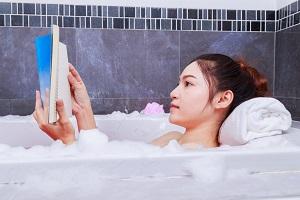 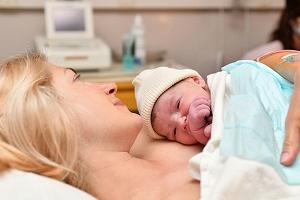 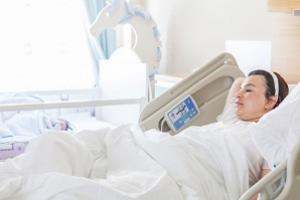