Sex in trimester one, two and three of pregnancy 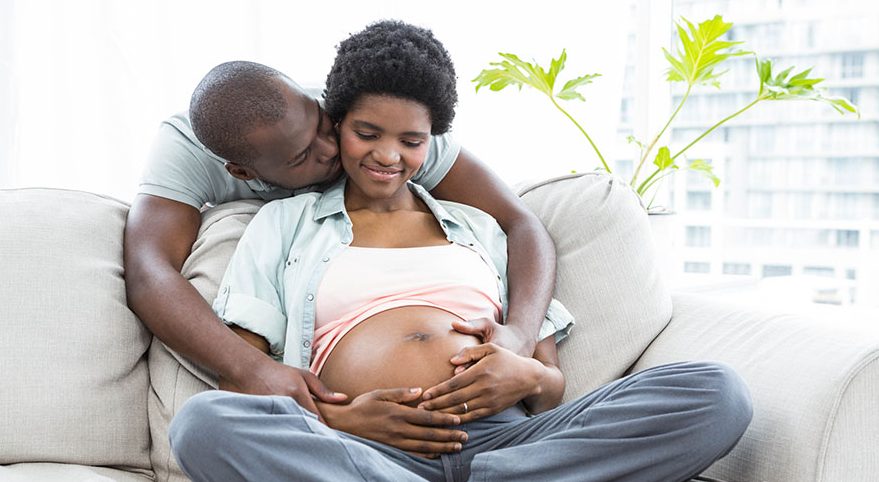 Discover how your sex life might change when you’re pregnant. Read about sex during each stage of pregnancy, changing libidos, natural induction and more.

You hear all sorts of things about sex in pregnancy so it’s hard to know what to believe. Will sex suddenly seem even more appealing or will it be the last thing on your mind? The truth is, you might experience changes in your sex drive and sex life as your pregnancy progresses. Here’s what you might expect in each trimester…

Sex in the first trimester

Studies have shown a gradual decline in penetrative sex from before pregnancy to early pregnancy and then late pregnancy (Jawed-Wessel and Sevick, 2017; Lee et al, 2010). Several things might cause this drop in your sex life, including:

It's no wonder pregnancy affects your sex life - there's a lot going on after all.

On the other hand, some women find they have a higher sex drive than before they were pregnant. So there’s really no knowing what you’ll experience.

Is sex during pregnancy bad for the baby?

Some couples might imagine that sex during this time increases the risk of miscarriage. But it is safe to have sex during pregnancy unless your doctor or midwife have advised you not to (NHS, 2018).

Sex in the second trimester

Women’s sexual desire and habits vary in the second trimester too (von Sydow, 1999). During this stage, couples might find that they rekindle their sex life. Women may find that their libido increases because they've accepted their pregnant body (Polomeno, 2000), or it may decrease (Jawed-Wessel and Sevick, 2017).

One study suggested that couples felt more secure and intimate in their love during pregnancy. They might isolate themselves to concentrate on their relationship. The same study also reported that one fifth of couples experience a 'five-month crisis'. They suggested that this can happen as some women may turn inwards, which can make their partners feel isolated and that this can cause difficulties in their relationship (Ganem, 1992;  Polomeno, 2000).

On the plus side, the same study said one fifth of women discovered orgasm for the first time during their pregnancies. Many couples use women’s increased sex drive to experiment sexually, for example with sexual positions, games, fantasies and other mutual pleasures (Ganem, 1992).

Some couples don’t feel comfortable with the idea of having sex during pregnancy and will decide not to. They might abstain from intercourse itself but still use other ways and means of feeling sexually satisfied in their relationship (Polomeno, 2000).

Sex in the third trimester

While male interest in sex remains during the third trimester, sexual activity decreases (Rados et al, 2014). Overall, couples are less likely to use 'on top' positions during pregnancy and more likely to use side-by-side or rear entry positions.

In the third trimester, a lot of women are worried about orgasms making their uteruses contract. They can also worry about positional difficulties, feeling unattractive or the sexual satisfaction of their partner (von Sydow, 1999). Many women find sex more difficult during this time due to the discomfort of various sexual positions, pelvic congestion and their baby’s engagement in the pelvis (Polomeno, 2000).

Potential risks and when to avoid sex in pregnancy

Potential risks of sex can include infection as a result of pelvic inflammatory disease and bleeding before giving birth if you have placenta praevia (Jones et al, 2011).

Reasons to avoid having penetrative sex during pregnancy can include:

Use a condom or another form of barrier protection if you or your partner are having sex with other people while you're pregnant. This will provide protection for you and your baby from sexually transmitted diseases (NHS, 2018a).

Couples can continue to have sex throughout the ninth month up until the beginning of labour. Some even use sexual intercourse to initiate labour but it’s not clear whether this actually works (Kavanagh et al, 2001).

This page was last reviewed in April 2021.

NHS. (2018a) Sex in pregnancy. Available at: https://www.nhs.uk/pregnancy/keeping-well/sex/ 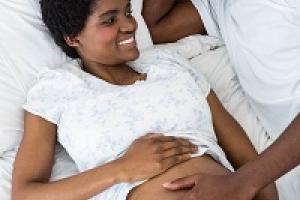 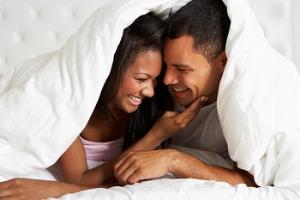 Sex after a baby: 10 questions to ask yourself Read article 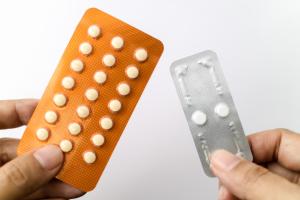