Is it good to go gaga? Effective ways to communicate with your baby 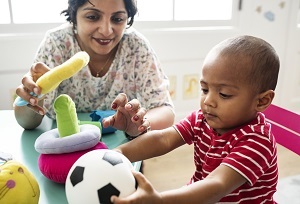 Are discussions with your infant more Newsnight or noo-noo? This article explores the merits of baby talk versus a more intellectual discourse with them.

Good communication between you and your child is vital to developing a good relationship. Parent responsiveness is crucial too. It helps build a child’s communication and encourages a good bond between you (Jones, 2015).

We know from talking to parents that children develop speech at different rates. But what we say to them and how we say it could help our little ones learn their ABCs. For example, talking with (not to) your baby has been shown to be the foundation for later language development (Jones, 2015).

And why is it so important?

Research has found that slow rates of language growth can predict later academic problems in school (Weisleder and Fernald, 2013). This proves just how vital it is to help them grow their language skills. But how can you ensure you’ve got the chat right? You might find these pointers useful…

1. Give the conversation your undivided attention

It’s been proven that talking to your baby is good for their development. And we mean directly. Look ‘em in the eye and get chatting.

One study found that infants who took part in active and focused conversation – what’s called infant directed speech – were better at processing words as they talked. They also had larger, more expressive vocabularies by the time they were two years old (Weisleder and Fernald, 2013).

The same study found that just exposing children to a lot of chat isn’t enough. Overhearing conversation doesn’t improve learning (Weisleder and Fernald,2013). TalkSport and Radio 4 might be interesting for you. But they only help your toddler if you have a face-to-face debate with them about the topic of the day.

Babies are only 4.5 months when they can recognise their first word – their own name (Csibra, 2010). So you could try to use their name to see whether they’ll take turns at a conversation.

2. The tone of our voice can make a difference

How we use our voice when we speak to our children can affect how well they learn. One of the first things that happens to a baby when they begin to develop language is they recognise different voices.

One study found that mums changed the tone of their voice depending on their audience. With different tones for adults versus children. This helped children realise it was important to listen and focus in on the speaker (Piazza et al, 2017).

When talking to your baby, there’s some truth in the old cliche, ‘it’s not what you say but how you say it’.  Imagine listening to the lyrics of your favourite song being read out. Probably not as interesting, right? The same goes for your children. From the age of six months, babies can tell the difference between singing and talking. And guess what? They’d prefer you to be more Beyonce.

One study showed that infants concentrated for significantly longer when sung to, even if it wasn’t in their native language (Tsang et al, 2017). Don’t worry if you’re not a classically trained soprano. Your little one will love it all the same. Why? It’s the rhythm, variation in word speed, word length and tone that keeps them interested (Nakata et al, 2004; Goswami, 2018).

Singing can be incorporated into anything you’re doing with your child. Be that feeding, changing, bathing or doing the laundry. So you could try to elevate everyday tasks by creating your next operatic concerto. Who says you need a stage?

The NSPCC campaign Look See Sing Play shows us you can use familiar tunes and just change words to describe what you’re doing. Pairing the socks has never been so much fun.

4. What words should we use?

How does the quality of our chat affect how our children learn? There’s been a lot of debate around the pros and cons of baby-speak (sometimes also called parentese). A recent study found out why baby talk might be more effective at helping your little one learn language.

First, baby talk is very iconic, which means there’s a very direct link between what you say and what you’re referring to (Goshwani, 2018; Ota et al, 2018). When the word is linked to the sound of the object it’s quicker and easier for the infant’s brain to ‘map’ the word onto the relevant object (Ota et al, 2018). Examples are woof-woof, choo-choo and baa-baa.

Second, baby talk contains lots of diminutives, or cute sounding words. For example kitty, tummy, duckie, daddy, mummy. This is thought to help little ones learn because it makes the words similar to each other. So there’s less stuff to have to categorise (Ota et al, 2018).

There’s an argument us adults should use this language with them too. For example, daddy, tummy, kitty, duckie and mummy all have two syllables. The first syllable is always stressed and the second unstressed: ‘DAH-dee’, ‘TUH-mee’, ‘KIH-tee’.

You’ll notice that these words all end with an ‘ee’ sound. It’s because these cute-sounding words also sound the same at the end of the word this makes it easier for the infant to know when a word has ended. And so they start to run them together in sentences (Ota et al, 2018).

Lastly, using repetition in baby talk (‘woof-woof’, ‘choo-choo’, ‘dada’, ‘wee-wee’, ‘teeny-weeny’) helps with learning and remembering new words. Children take more notice of words made up of repetitive sounds and then store them in their verbal memory. The repetition makes them easier to recall than the adult alternatives (Ota et al, 2018). For example ‘night-night’ rather than ‘goodnight’ or ‘choo-choo’ rather than ‘train’.

“My daughter used to make up her own versions of words that were repeats, for example ‘batbat’ for rabbit. And we wondered why. But this explanation makes sense. And she just recently at 18 months started saying the ‘proper’ word rabbit instead. I guess that shows she’s ready to start processing the more complicated version now.” Gabbi, mum to Joanie, 19 months

You don’t need to be a great public speaker to help your baby develop language skills. But you do need to be a chatterbox. Vroom, a US public health initiative gives some great tips:

This page was last reviewed in April 2019.

Goswami U. (2018) Communication, language and foundations for literacy: the early years. Centre for Neuroscience in Education, University of Cambridge. Available from: https://www.earlyeducation.org.uk/sites/default/files/For%20website%20-%20GoswamiEarlyYears_2018.pdf [Accessed 12TH March 2019] 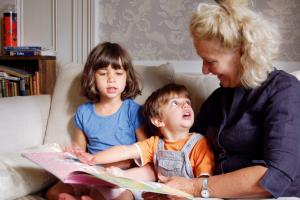 How to help your toddler talk Read article 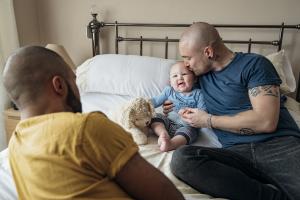 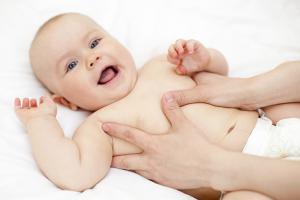