How to handle toddler tantrums in public: some tips 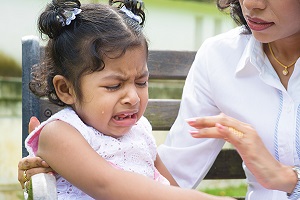 It’s most parents’ biggest dread: when their child has an almighty meltdown in front of a whole crowd of strangers. Here’s how you can ease the pain…

Try to do things like shopping trips or tasks you need to get done when your child is not hungry or tired. Otherwise, you have a recipe for meltdowns in the queue at the chemist (NHS, 2016).

"Another way of trying to prevent tantrums is to choose your battles and accommodate when you can possibly do so."

Giving your child options might be helpful too (KidsHealth, 2015).

If you see a tantrum coming, distraction might work. You could get them to help you with the shopping, point out the baby in the trolley ahead or start singing with them (Family Lives, 2018). Basically, anything to make them think about something else.

Despite your best efforts at helping your toddler to avoid a public tantrum, it’ll probably happen sometime. Here are a few things you could try…

Try to get down to their level to speak to them so that you can make eye contact and see them properly. Talking to them and trying to find out what’s worrying them is the first step (NHS, 2016).

You could hug them tightly or hold them if they’ll let you. Often – not always, and you’ll soon know if not – that’s what toddlers need. So it’s a good one to try to calm them down when they’re kicking off in the supermarket (Family Lives, 2018).

Keep calm (it's hard we know)

Try not to panic – that’s when you’ll get angry too, which will just inflame the situation (NHS, 2016; Family Lives, 2018). Shouting or hitting your child won’t work, in fact it might make them think this reaction is acceptable (NHS, 2016).

Try to resist the temptation to argue or reason with them when they’re mid-tantrum. It will never work when they are in that state and it’ll likely end up just winding you up more too (Family Lives, 2018).

Just remember that you’re in control, tantrums are normal and in the worst case scenario, you can just leave and go home (RC Psych, 2017).

If you can’t leave completely, at least get a change of scenery. So if you’re in the dentist’s waiting room, head out for a little walk outside or a park if you’re near one.

Letting them run their anger out with some fresh air and a place where they can shout without you feeling embarrassed will help you both calm down (NHS, 2016).

Don't worry about other people

Try not to focus on other people. Most of them will have been where you are and feel sympathetic. If they aren’t, who cares? You don’t know them and they don’t know you. Take a deep breath and learn to sweat less about what other people think, you're doing a great job. (Family Lives, 2018).

Easier said than done but try not to give in to whatever caused the tantrum in the first place. Whether it’s leaving the swings, not getting an ice-lolly or wanting to jump up and down on the coffee table in the doctor’s waiting room. Stick to what you said before the tantrum, so they don’t think their screams were a good strategy to get what they want (NHS, 2016; RC Psych, 2017).

You could let them have another win though. So if they have to get back in the buggy, let them take a detour to see the cat up the road on the way home (KidsHealth, 2015).

Try not to let it put you off going out with them. Instead, think about changing your routines. So if they are always tired after nursery, maybe don't do the big supermarket shop then. And if you know they’re chirpier after a big breakfast, book appointments for then (NHS, 2016). 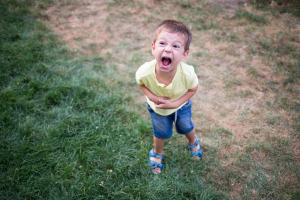 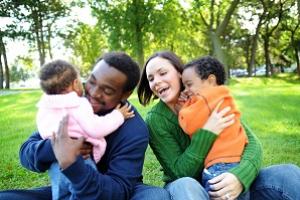 How to survive the park with a toddler Read article 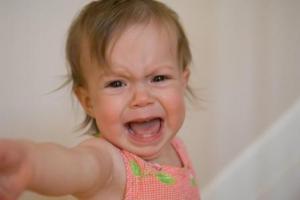