Find out more about developmental dysplasia of the hip (DDH), symptoms, treatment and pavlik harnesses here.

Developmental dysplasia of the hip (DDH) (sometimes referred to as congenital hip dysplasia (CDH) or ‘clicky hips’), is a condition where the baby’s ball and socket hip joint fails to develop fully and doesn’t fit snugly together. This condition affects 1 to 3% of newborns. However, if your baby is affected, the sooner this condition is identified the more likely it is that treatment will be successful. If treatment is delayed, it can become more complex, with less chance of success.

As soon as your baby is born her hips will be checked almost immediately by the midwife and then later at her six to eight-week check-up as part of a national screening programme called the Newborn Infant Physical Examination (NIPE). (In some areas of the UK this examination will also include her first immunisations.) Her hips will then also routinely be checked at eight months and two years. During the examination, the healthcare professional will check to see:

Laying your baby on her back they will move her hips gently outwards. A distinctive ‘clunk’ (which can be felt but not heard) may suggest a possible abnormality and the joint could be classed as unstable. It is important to bear in mind that a clicky hip can be entirely normal and may well stabilise itself in the following weeks.

However, if some instability is identified, then your baby’s hips should be checked again within two to three weeks by an ultrasound. Most hips will stabilise within this period, but a few don’t and will need treatment.

Are some babies more at risk of hip dysplasia than others?

The actual causes of this condition are not clear and it can affect any baby, but some factors may increase its likelihood. If your baby is more at risk, then their hips will automatically be given an ultrasound examination within six weeks. The factors which may increase the risk of your baby developing DDH include:

DDH  is more likely to occur:

Signs of DDH in older babies

Sometimes, however, in spite of these tests some hip problems may not be picked up. During pregnancy, your body will produce the pregnancy hormone ‘relaxin’, which will soften and relax your ligaments, enabling your pelvis to move and make more room for your baby during birth. These relaxing hormones can stay in your baby’s blood stream for a few weeks, making it normal for her hips to be ‘stretchier’ and looser shortly after birth. Therefore, any problems may not be detectable until sometime after her initial check-up. However, indications that your baby may have DDH include:

As with most conditions, early detection and treatment is important. The aim of the treatment is to relocate the ball of the femur into the hip socket. Then, as the baby grows and develops, her hips will do so normally. However, depending on when it’s detected, and how severe the condition is, treatment may vary. The most common treatments include:

Nearly all babies who are diagnosed with DDH go on to have a healthy, active life, with no disability.

While the causes of DDH are not clear, the International Hip Dysplasia Institute (IHDI) posts some recommendations as to what you can do to ensure you protect your baby’s hips during their development and provides guidelines on ‘Hip healthy swaddling’  along with car seat positioning, baby harnesses and slings.

You might find one of our Early Days groups helpful as they give you the opportunity to explore different approaches to important parenting issues with a qualified group leader and other new parents in your area.

Steps, a charity concerned with lower limb conditions, has information on Developmental Dysplasia of the hip.

NHS has information on its Newborn and Infant Physical Examination Programme (NIPE).

The International Hip Dysplasia Institute has information on ‘hip-healthy swaddling’.

What happens at your 6-week check-up Read article 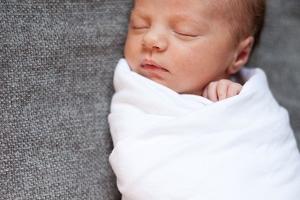 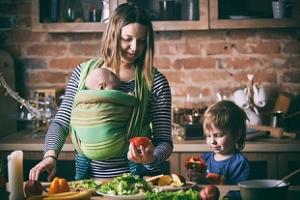 Everything you need to know about slings and carriers Read article