Your experiences: having a baby with Flat Head Syndrome 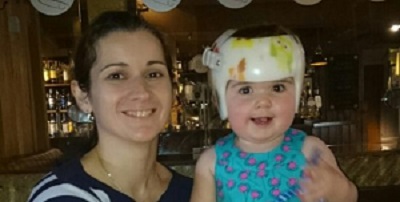 NCT member Elizabeth Laidler tells us how she found help and treatment for her daughter Iona’s Flat Head Syndrome (FHS).

We first noticed Iona’s head was misshapen when she was a few weeks old. But we also knew that many babies have irregular skulls at birth which usually go back to normal fairly quickly.

At our six-week GP appointment, the doctor did a double-take and checked her head again, but she didn’t say anything and we were signed off.

Finding out about Flat Head Syndrome

"By the time she was eight months, it looked like someone had sliced the back of her head at a 45 degree angle."

As the weeks went by, it was obvious that Iona’s head shape wasn’t improving. We’d heard about Flat Head Syndrome (FHS), which the NHS website said could be caused by external pressure on the skull, but it said this would resolve itself once she was sitting up by herself and placing less pressure on it.

By five months Iona was sitting unaided, but her head shape continued to get worse and, by the time she was eight months, it looked like someone had sliced the back of her head at a 45 degree angle.

Her ears were becoming misaligned and her cheek and forehead were beginning to bulge on one side.

Further research suggested a variety of treatments, including special pillows, mattresses and even cranial helmets. But the NHS wouldn’t fund these as it deems FHS a “cosmetic issue”.

After using a special pillow for a number of weeks, Iona’s head stopped getting worse, but it didn’t correct it.

Concerned about reports of children being unable to get glasses or cycle helmets to fit, let alone the potential for bullying further down the line, we spoke to our health visitor, who referred us for physiotherapy.

The physiotherapist wasn’t able to help, but she did say she was happier to see the condition in girls rather than boys as they were more likely to have long hair to help disguise it. That suggested she didn’t believe the official NHS line that it would resolve itself unaided. So we decided to explore other options.

"Iona was assessed as suffering from severe plagiocephaly."

A cranial osteopath suggested a visit to one of the helmet companies for a free assessment. I was cynical about being sold a product, but the company we saw couldn’t have been more helpful and answered all of our questions fully.

Iona was assessed as suffering from severe plagiocephaly (23mm asymmetry) and brachycephaly (95% cranial index) and we began treatment the following week when she was just over 10 months old.

Her treatment, which we recently completed, involved her wearing a bespoke helmet 23 hours a day to help reshape her skull as it grew over six months.

It didn’t put pressure on her head, but directed growth into gaps in the helmet where the flat spots were. It didn’t bother her at all and she is now classified as mild. You wouldn’t notice any flatness unless you were really looking for it. We’re delighted with the outcome.

We just wish parents – particularly those with babies that fall into high risk groups – were given information about the condition so they knew what to look for and where to seek advice. 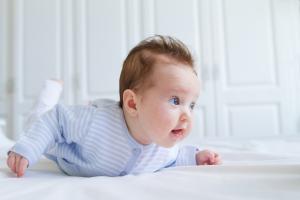 What is flat head syndrome (plagiocephaly or brachycephaly)? Read article 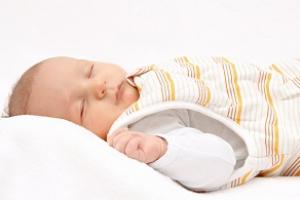 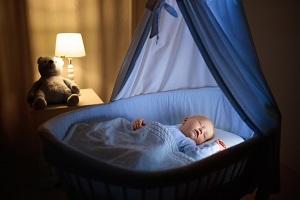 Where should my baby sleep? A guide Read article