Breech babies: what you need to know 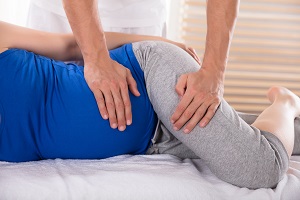 Wondering what happens if your baby’s facing bottom up during pregnancy? Here are some of your questions answered…

What is a breech baby?

While most babies are usually lying head down by the end of pregnancy, about 3% to 4% are bottom down in what is known as a breech position (RCOG, 2017a).

It’s not fully understood why some babies are breech but possibilities include uterine abnormalities, multiple pregnancies and the location of the placenta. This is likely to be picked up at your 20-week scan or in later antenatal appointments.

Do I need to worry if my baby is breech?

If your baby is breech, this doesn’t usually mean that you or they will have any problems. Being in a head-down position does makes it more likely that your baby will be born vaginally (RCOG, 2017a). So it’s worth talking through your options if your baby is in the breech position.

Are there ways to turn a breech baby?

Yes, there are. There’s no evidence that lying a certain way or adopting the ‘knee-chest’ position encourages your baby to wriggle round by itself (RCOG, 2017a). But there’s also no suggestion of any harm.

"Some evidence suggests that a form of acupuncture called moxibustion might help turn your baby at 33 to 35 weeks (RCOG, 2017a)."

At your 36-week appointment, if your baby is still breech you’ll be offered a technique called external cephalic version (ECV) (NICE, 2008). This is where an obstetrician will attempt to turn your baby.

While you’re lying down, your baby will be checked with ultrasound.  The doctor will apply gentle but firm pressure to your belly to massage your baby into a head-down position. You might be offered a drug to relax your uterus.

Some babies move easily, while others move only part way and then slip back.  Some seem to have moved but then move back (RCOG, 2017a).

In 1 in 200 cases, the procedure will lead to a caesarean because of bleeding from the placenta or your baby showing signs of distress (RCOG, 2017a).

Half of all breech babies can be turned using ECV. It’s more successful in women who’ve given birth before (RCOG, 2017a).

Having ECV shouldn’t be painful, though it can feel a bit uncomfortable.

If we can’t turn the baby, what are my options for birth?

That depends on a number of factors. If you know before you go into labour that your baby is breech, you’ll discuss it with your midwife and other healthcare professionals. They’ll take into account factors like whether you’ve had any other complications or risk factors, whether you’re having multiple babies and where you are in your pregnancy.

You’ll also discuss which type of breech you have. Most breech babies have their legs straight up and feet by their ears (the ‘frank breech’), while some have their legs crossed with feet higher than their bottom (the ‘complete breech’). If a baby’s feet or knees are coming first, this could be one of the reasons that you’re advised not to go for a vaginal birth.

What about a caesarean birth?

A caesarean birth may be recommended by NHS health professionals (Hofmeyer et al, 2015). This is because it carries a slightly reduced risk for the baby. Yet c-section births can have implications for future pregnancies and for your wellbeing after the birth, so there are arguments for both (Hofmeyer et al, 2015; RCOG, 2017b).

If I do go for a vaginal birth, will it be more painful than a non-breech one?

Not necessarily. You’ll have the same options for pain relief as a head-down birth and there’s no reason why it should be more painful (RCOG, 2017a). The best option is to give birth on all-fours and if it doesn’t progress, to be ready to move to a caesarean (RCOG, 2017a,b).

It can help to ask for staff who are confident with breech births or a referral to a unit where staff are confident with them. Alternatively, you could go for an independent midwife, who is likely to have had experience of breech births (IMUK, 2014a). If you use an independent midwife, you can still use NHS services at any point in pregnancy or labour (IMUK, 2014b).

Are there any implications for the baby after the birth?

Babies who are breech in the last three months of pregnancy are more likely to have developmental hip dysplasia (DDH) (Steps, 2017). You will be offered a scan a few weeks after your baby’s born so that this can be checked and treated if necessary. See the charity Steps for more information.

This page was last reviewed in August 2017.

Our support line offers practical and emotional support in all areas of pregnancy and early parenthood: 0300 330 0700. We also offer antenatal courses which are a great way to find out more about pregnancy, labour and life with a new baby.

The Royal College of Obstetricians and Gynaecologists (RCOG) offers a leaflet on what happens if your baby is breech at the end of pregnancy.

RCOG. (2017a) Breech baby at the end of pregnancy. Available from: https://www.rcog.org.uk/en/patients/patient-leaflets/breech-baby-at-the-end-of-pregnancy/ [Accessed 7th August 2017] 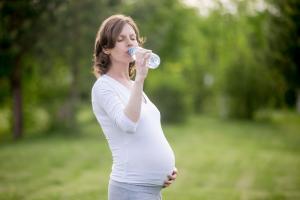 Baby positions in the womb before birth Read article 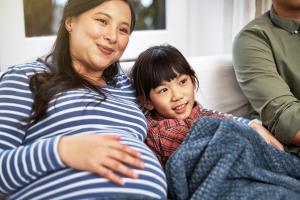 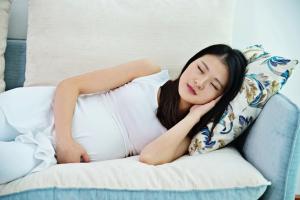 Tips: how to get your back-to-back baby into position for birth Read article