The science behind dads 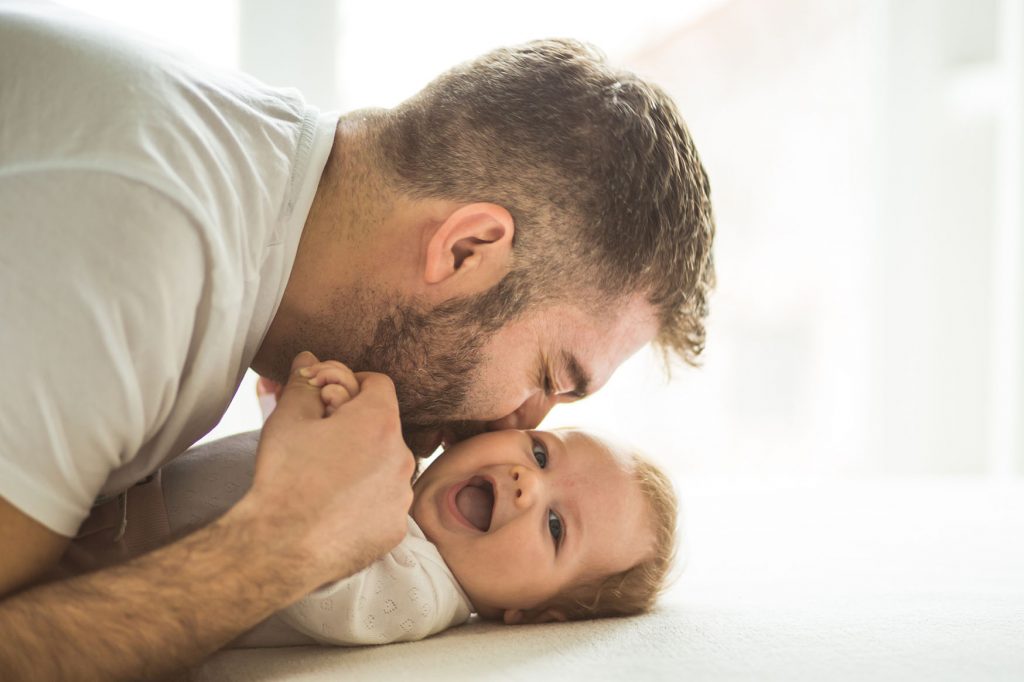 What makes a dad a dad? From changing testosterone levels to brain rewiring, evolutionary anthropologist Dr Anna Machin explains what happens to men’s bodies when they become fathers

It goes without saying that becoming a mum is a truly biological experience. Hormones fluctuate, bodies change and brains rewire, all to prime a woman for childbirth and beyond. But we now know that becoming a dad involves some similar overhauls of your brain and body.

We used to say that being a mum was instinctive but dads had to learn how to parent. We now know that both experience some of the same sort of biological changes that help prepare them for parenthood. But as all parents know there is still much to learn.

Here is some of what we know so far about the science behind being a dad.

Motherhood can feel like a bit of a hormonal roller coaster but it would appear that dads go on their own ride.

From mating to parenting

Testosterone is the hormone that makes a man a man (Machin, 2018). But research has shown that when a man becomes a father for the first time, his testosterone levels drop and they never return to pre-birth levels (Gettler et al, 2011).

The reason for this change is to motivate men to shift their attention from mating, for which high testosterone is a bonus, to parenting (Gettler et al, 2011; Mascaro et al, 2014).

Studies have shown that men with lower testosterone are more sensitive parents. They’re better attuned to their child’s needs and quicker to be motivated to respond when they cry (Fleming et al 2002).

Oxytocin is one of the key bonding hormones as well as being the crucial trigger for contractions to begin and milk production to start (Feldman et al, 2011). But men have oxytocin too, and studies have shown that if a man lives with his pregnant partner then their oxytocin levels synchronise (Feldman et al, 2011; Machin, 2018).

This seems to bring them closer and prime the parenting team to work closely together once their baby is born (Feldman et al, 2011). Also, the more closely bonded you are to your partner the easier having a baby will be on your relationship (Machin, 2018).

Speaking of oxytocin, this hormone is released when children interact with their parents. Interestingly though, the activity that produces the most oxytocin for parent and child differs depending on whether the child is interacting with their mum or dad (Feldman et al, 2010).

In dad’s case, he and his child get a peak in oxytocin from playing with each other. This is why dads can seem to prefer playing to caretaking, and children preferentially seek them out as play partners (Feldman et al, 2010). So while dad is sometimes labelled as the ‘fun’ parent, there is a real reason behind his desire to play with his children.

This is not to say that dads don’t get a neurochemical reward from caring for their baby. It’s just not quite as big a hit as a good bout of rough and tumble play.

We know that a woman’s brain goes through a rewire when she becomes a mum for the first time. Recent studies have shown that the same is true for dad (Kim et al, 2014). We see increases in grey and white matter, that’s the neurons and their connections, in certain key areas. These are linked to affectionate care and threat detection, as well as those responsible for problem solving and planning (Kim et al, 2014). Obviously crucial skills for any parent.

There are also some differences between mum and dad in the key areas of activity in the brain when they are interacting with their children. Both parents show similar activity in areas of the brain linked to empathy. That means both parents have the skills to understand their child’s emotional and practical needs and to meet these (Atzil et al 2012; Machin 2018).

For mums, the other area of peak activity sits in the centre of the brain and relates to nurturing, affection and threat detection. But for dads their peak is in the outer area, the neocortex, and relates to a set of skills linked to social interaction and pushing boundaries (Atzil et al 2012; Machin 2018).

Experts think these differences represent the splitting of responsibilities between the sexes, meaning their roles are complimentary rather than simply duplications of each other. Each parent has an important and distinct role in their child’s development (Atzil et al 2012; Machin 2018).

But what happens when we don’t have parents of each sex? Studies looking at primary caretaking gay fathers have shown that the wonderful human brain adapts. So both fathers get peaks in both areas of the brain, mum’s and dad’s, meaning they are primed to fulfil both roles (Machin, 2018).

Becoming a parent is not a moment in time but a period of transition. One aspect of you that will undergo a major change during this period is your psychology, and particularly your identity and personality (Machin, 2018).

Studies have shown that when a man becomes a dad, the part of his personality which is extrovert  diminishes (Galdiolo and Roskam, 2014). This means that he is motivated to spend less time away from the home socialising and more time focusing on his family life. Read more about how your friendships and relationships might change in our article here.

Dr Anna Machin is an evolutionary anthropologist based at The University of Oxford, who has studied the experience of dads for over 10 years. She has written The Life of Dad: The Making of the Modern Father (Simon & Schuster, 2018).

This page was last reviewed in May 2019. 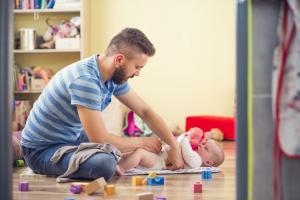 Being a new dad: the early days Read article