Raising a bilingual baby or child: 8 tips for how to do it 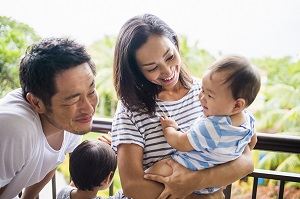 Whether you want your child to speak Spanish, French or Arabic, being bilingual is a great skill to have. But how do you go about it? Here are some ideas

1. You can start raising a bilingual child from birth

There’s no reason why you, your partner and other family members can’t speak two languages to your child from birth (Lowry, 2015). So don’t hesitate in getting started.

Children soak up languages the best when they are between birth and three years old and being bilingual is a great life skill to have. So if your plan is for your child to grow up bilingual, go for it by speaking to them in both languages as soon as they are born (King and Fogle, 2006).

2. But it’s also possible to do it later…

Don’t panic if your children are past the toddler years and not yet chatting fluently in French, Spanish, Mandarin or whatever your chosen second language is. It’s definitely not too late to teach them.

Between the ages of four and seven is the second best time (after newborn to three) to teach a second language. Between eight and puberty is the third best. So if you don’t do it from when they’re newborn, you can always go for it then (Rosenberg, 1996).

3. Ignore the myths around bilingual children

So you might have a couple of (nosy) mates tell you that you’re ‘confusing’ a child by teaching them two languages. And others think that learning a second language early in life when they are learning to speak will hold up their development in another. If so, tell them that both of these things are myths (King and Fogle, 2006).

4. Don’t worry if your child mixes their two languages

If they are mixing their two tongues up, that’s not a problem and will almost definitely be a temporary thing. Just let them figure it out – and don’t stress about it. They’ll clear things up and speak both languages equally well and separately soon (Saunders, 1984).

5. Try and find a bilingual playgroup

Ideally, aim for a playgroup that focuses on the secondary language that your child gets to speak less of day to day, so they get more exposure to it. And if that doesn’t exist locally to you, think about starting one yourself.

You can also arrange playdates with other children who speak their second language. The more your child needs to use it, the more they’ll feel like speaking that language has a ‘purpose’ and be interested in learning it (Rosenberg, 1996).

6. Think about books, music and games

Play music in your child’s other language in the car, read them books in it and buy games, puzzles or dolls online that use that language too. Children will never learn simply by ‘soaking’ up other languages so you will have to do some more active teaching yourself. But all of this ticking away in the background will help (King and Fogle, 2006).

7. Speak to your child in the language that’s most comfortable for you

So, if you speak English as a first language and your partner speaks Spanish, stick to those languages when you each speak to them at home. That way, they’ll soak up both from people who are competent speakers (Lowry, 2015).

8. Don’t worry if your bilingual child starts speaking a little later than their peers

Bilingual children often take a bit more time before they can speak. But don’t worry, they’ll get there – and when they do come out with words, you’ll get two for the price of one (Meisel, 2004). Bonus. 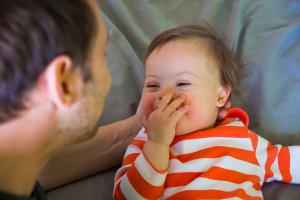 How can you encourage a child’s language development? Read article 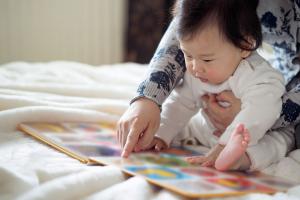 Reading to your child: what’s the fuss about? Read article 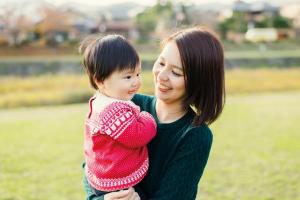