Vitamin K and newborns: what you need to know 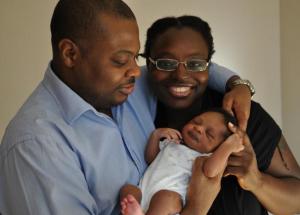 If you’ve heard people talk about Vitamin K but are feeling a bit clueless, here’s the information you’ll need.

In the UK, you’ll be offered vitamin K as an injection for your baby. If you prefer, they can have it orally instead, although they will need further doses (Puckett and Offringa, 2000; NHS Choices 2016).

It’s recommended that all newborn babies should receive vitamin K at birth (McNinch and Tripp, 1991). If it’s not offered to you, or you’re concerned in any way, ask before you leave hospital or the birthing centre to make sure.

The main advantage of a vitamin K injection given through the intramuscular route in the thigh is that your baby will only need one dose (Puckett and Offringa, 2000). It’s also more effective for preventing HDN. The major disadvantage is that it’s invasive and can cause pain and a small bruise where the injection was given (Puckett and Offringa, 2000).

Oral vitamin K is easy to administer, non-invasive and can be given swiftly and easily by your midwife, with two doses given in the baby’s first week and one given at one month. If they’re formula-fed, it can be given in their bottle. The main disadvantage is that it’s not guaranteed that it will be absorbed when babies are so prone to vomiting at that stage (Puckett and Offringa, 2000).

Haemorrhagic disease of the newborn (HDN)

Babies who get early HDN have it within 24 hours of birth. Classic HDN happens between days one to seven after birth. Late HDN occurs when they are between two and 12 weeks old (Puckett and Offringa, 2000).

What does Vitamin K do?

Vitamin K helps blood to clot. Yet the difficulty is that our bodies can’t store it very well.

In a newborn baby, some vitamin K comes through the placenta but at times this is not enough. That means a small number of newborn babies develop a deficiency (Puckett and Offringa, 2000). Newborn babies receive extra vitamin K to help prevent them getting HDN and life-threatening bleeding in the first hours to months of their life (Puckett and Offringa, 2000).

How would I know if my baby has a vitamin K deficiency?

If your baby has a vitamin K deficiency, they might bruise or bleed for no apparent reason (CDC, 2017). Sadly, most babies with HDN show no warning signs before life-threatening bleeds but they might develop any of the following signs:

Breastfed babies are more prone to HDN than formula fed babies. This is because formula is supplemented with more vitamin K than you normally get in breast milk (Booth and Rajabi, 2008).

Other risk factors include babies who:

What if I say no to vitamin K for my baby?

Most parents take up the offer of vitamin K but you don’t have to. In babies who did not receive vitamin K at birth, around 0.25% to 1.7% will develop classic vitamin K deficiency bleeding (Scientific American, 2014). Five to seven per 100,000 babies will develop late VKDB. (Pukett and Offringa, 2000)

This page was last reviewed in April 2018.

Our support line offers practical and emotional support with feeding your baby and general enquiries for parents, members and volunteers: 0300 330 0700. You might find attending one of NCT's antenatal courses or Early Days groups helpful. 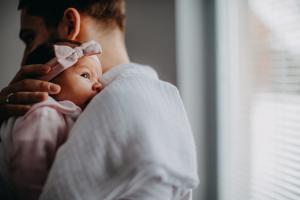 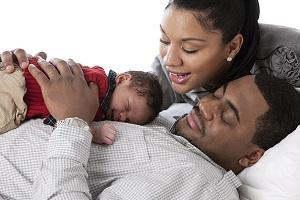 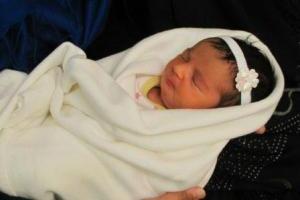 Liver disease in babies: the signs to look out for Read article