What is perinatal OCD and what are the treatments? 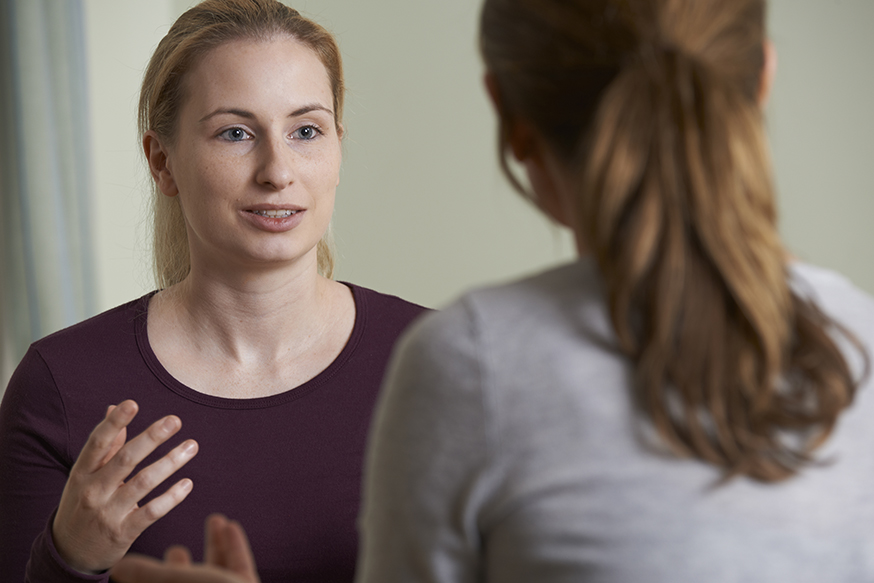 Here we talk about what perinatal obsessive compulsive disorder (OCD) is, the symptoms and its treatments.

What is perinatal OCD?

It’s when people experience obsessive compulsive disorder (OCD), an anxiety disorder, during pregnancy or in the year after they give birth. When people get OCD during this time, it’s called perinatal OCD or maternal OCD.

"For some people who have had OCD before, it might return. For others, pregnancy or birth can trigger the condition, so they might experience it for the first time."

Other anxiety disorders that people might get when they’re pregnant or have just had a baby include panic disorders, generalised anxiety disorder, post-traumatic stress disorder and tokophobia. Sometimes people get anxiety disorders like OCD on their own, or sometimes in combination with depression (NICE, 2018).

What are the signs and symptoms of perinatal OCD?

Perinatal OCD can affect people in different ways but it tends to have three main parts:

The compulsive behaviour temporarily relieves the anxiety, but the obsession and anxiety soon return, causing the cycle to start again.

It is unclear exactly what causes perinatal OCD but there are certain risk factors. OCD can affect anyone at any time of life but for some women, pregnancy or birth appears to be a trigger for perinatal OCD. It is also possible for dads to develop perinatal OCD.

There is limited research about exactly how common perinatal OCD is. But estimates say one in every 100 women get it during pregnancy, and two to three out of 100 women have it in the year after giving birth (RCPSYCH, 2015).

What are the risk factors for perinatal OCD?

A number of factors could make you more likely to develop perinatal OCD. Hormones may be a factor for some women, while for others a traumatic event may play a part (RCPSYCH, 2015). There might also be a genetic link, as OCD sometimes runs in families (MIND, 2016).

Research shows there is a higher chance of developing perinatal OCD if someone:

What are the symptoms of perinatal OCD?

Having a baby brings many changes to a woman’s life and some of these changes can be stressful. It‘s normal for a woman to worry about her baby’s wellbeing or to be more careful about avoiding risks during pregnancy and after their baby’s birth.

But for some mums these worries can trigger perinatal OCD or other mental health issues. They can also worsen existing OCD symptoms to the point where they interfere with their quality of life (RCPSYCH, 2015).

Does having perinatal OCD mean I won’t bond with my baby?

Will my baby be taken away?

Some women worry that their symptoms of perinatal OCD mean that they are a ‘bad’ mother or that they are ‘going mad’ but this isn’t true (RCPSYCH, 2015). It’s a health condition that can be treated.

Some women are unwilling to disclose or discuss their problems because of a fear of negative perception of them as a mother, or fear that their baby might be taken into care (NICE, 2018). It’s important to remember:

What treatments are available?

The help and treatment needed depends on how severe the perinatal OCD is. Some women will benefit from self-help strategies, whereas women with more severe illness will need help from mental health services (RCPSYCH, 2015).

The best place to start is to talk to family and friends and your GP about how you are feeling. If your GP thinks you have perinatal OCD, they will refer you to a psychiatrist or other mental health professional for an assessment (MIND, 2016).

The two main treatments for OCD are talking therapies and anti-depressant medications (NICE, 2018). These can be used alone or in combination. Research suggests that both can be effective (Skapinakis, 2016).

Unfortunately, waiting times for talking treatments on the NHS can be long so some women choose to seek treatment from a therapist privately. A private therapist can be found through The British Association for Behavioural and Cognitive Psychotherapies, who have an online register of accredited therapists (Mind, 2016).

Some people with mild OCD find that they can use self-help resources to develop their own coping strategies or use them while waiting for treatment or alongside treatment (Mind, 2016). See our article about OCD self-help.

How can I get help for perinatal OCD?

Some people don’t seek help because they feel they can’t share their obsessions and compulsions with anyone. Or they hide how they are feeling because they think there is something wrong with them because they are having such thoughts.

It’s important to remember perinatal OCD is an illness and is treatable. Someone with perinatal OCD does not choose to have obsessions and it’s not something that is anyone’s fault. It does not make you a bad person.

Make your first port of call your GP as they can help you get the right treatment and support that’ll help you get better.

This page was last reviewed in May 2018.

The charity Maternal OCD offers specific support for perinatal OCD. Top UK is charity that helps people who have phobias, obsessive compulsive disorder and other related anxiety; they have a network of self-help therapy groups.

OCD self-help resources are available from charities like OCD UK and OCD Action. The NHS also has information on OCD and has an online community about this condition. Find out more about perinatal OCD from the charity MIND. Mind also has an Understanding OCD leaflet.

If you ever feel you can't go on, contact the Samaritans on 116 123, or call one of these helplines or support groups or NHS 111.

Postpartum psychosis: what is it? Read article