Whether it’s to do with breastfeeding, teeth or SIDS, here are some things to consider when deciding whether to give your child a dummy.

Sucking is a powerful reflex that babies have in the weeks after they’re born. Babies don’t just get nutrition from their mother’s milk when they breastfeed – breastfeeding also satisfies their sucking instinct.

Babies who are not able to breastfeed for whatever reason, might satisfy their sucking instincts by using dummies (Cinar, 2003). Yet any substitute for sucking the breast can put the relationship between the breast and the baby at risk. That’s especially true for a baby who has not yet mastered breastfeeding (La Leche League GB, 2019).

When can dummies be used for babies?

Research suggests that it’s best to avoid dummies in the first weeks after birth. That’s because they’re associated with shorter duration of exclusive breastfeeding (Adair, 2003; Kronborg and Vaeth, 2009). Some studies say this is caused by sucking confusion but other studies disagree with this idea (Newman, 1990; Howard et al, 1999).

Does a dummy reduce the risk of SIDS?

It’s unclear how dummies might protect against SIDS or even if they do actually reduce the risk of SIDS at all (Horne et al, 2014; Blair et al, 2019).

Experts do not specifically recommend using dummies to protect babies from SIDS (Fleming et al, 1999). That’s because even studies that reported a remarkable reduction of SIDS with dummy use still say that actually recommending dummies is open to debate (Mitchell et al, 2006). Any association between using dummies and reduced risk of SIDS could be down to lots of other factors, for example:

What are the advantages of a dummy?

The main advantage of babies having dummies is that they can satisfy their sucking instincts if they’re not breastfed. Using dummies can calm babies and help them to fall asleep (Cinar, 2004). Dummies can also be used to sooth babies at other times, for example to help reduce pain during hospital procedures (Adair, 2003; Horne et al, 2014).

As discussed above, another advantage could be that dummies might protect against SIDS although more evidence is needed (Horne et al, 2014).

What are the disadvantages of using a dummy?

Using dummies can be helpful and convenient but there are some disadvantages. The most important concern is that use of dummies can decrease how often as well as how long babies are breastfed for (Adair 2003; Kronborg and Vaeth 2009; Horne et al 2014).

Are dummies bad for baby teeth?

Some studies have found harmful effects on the way teeth grow if dummies are used for a long time (Larsson, 1994). Effects of dummies on baby teeth include overbite, malocclusion, cross bite and open bite (Poyak, 2006).

Using an orthodontic or flat dummy is much better for your baby’s teeth, so that can help. These dummies are much better designed than dummies were in the past (Levrini et al, 2007).

It’s also suggested that parents wean their children off dummies by two years old and discontinue using them before they turn three (Poyak, 2006).

One mum, Helen, says: “My little boy had started sucking his thumb and I thought an orthodontic dummy has got to be better than that because at least one day I can take it away.”

If you think using a dummy is affecting breastfeeding (fewer daily feeds, weight gain affected, or difficulties in attaching to the breast) or if you want to wean a younger baby from a dummy, you could try the following:

This page was last reviewed in July 2018. 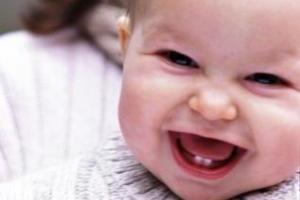 Has my baby started teething? the signs to look out for Read article 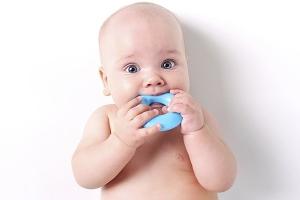