Our research showed that currently only half of new mothers with a mental health problem receive the treatment they need.

The six-week check is a key opportunity to identify these problems, but many women said their appointment was rushed and some ended up with less than 3 minutes to discuss their own health, often because their six-week check was squeezed in with the baby check.

We believe this can be fixed with some simple and low-cost changes to our health system.

We’re demanding better six week postnatal check-ups so that all new mothers with a mental health problem can access the treatment available.

82% of new mothers we surveyed who had been treated for a mental health problem said that the treatment had helped.

Treatment can include counselling, medication, online therapy or peer support. Sometimes, family support under the watchful eye of a GP can be enough to get a woman through. If you are worried about your emotional wellbeing, you should talk to your GP, health visitor or midwife about how you are feeling.

Why is the campaign called “Hidden Half”?

The aim of the Hidden Half campaign is to improve the postnatal check-up, carried out at about 6-8 weeks after the birth, normally by a GP. We want every new mother experiencing mental health problems to get the help they need, quickly.

We’re calling for more funding for the six-week check so that GP practices can give every new mother a full appointment for the maternal six-week check. Additionally, we want to see better guidance and maternal mental health training for doctors, so they’re better equipped to discuss emotional wellbeing with new mothers.

How much extra funding will be needed?

We estimate the cost at about £20 million.

Why is the six-week check currently ineffective at picking up mental health problems?

Our research showed that nearly half of new mothers’ mental health problems did not get picked up by a doctor or other health professional. The six-week check is a key opportunity to identify these problems, but many women said their appointment was rushed and some ended up with less than 3 minutes to discuss their own health, often because their six-week check was squeezed in with a check on their baby.

Many new mothers find it difficult to disclose emotional problems, so an unhurried discussion is vital. Mothers report feeling ashamed of how they are feeling and need to be made to feel comfortable and safe about discussing their mental wellbeing.

Why is it currently being rushed?

GPs are increasingly being put under overwhelming pressure and are having to make up for gaps in specialist services, health visiting and social care without extra funding. Doctors do not receive any specific funding for the six-week check and fitting in a full appointment is becoming harder

How will more funding help to improve the six-week check?

Currently GPs have to fit the six-week check into their routine workload. In overworked surgeries the maternal check often gets compressed and any discussion of the mother’s mental health can be rushed. Funding directly for the six-week check, will enable doctors to plan their workload and staffing so they have time to give every mother a full and unrushed appointment..

Is the six-week check always done by a doctor?

At 6-8 weeks, every new mother should be seen by a health professional for a formal health check. This coincides with the time when the baby should be checked physically, normally by a GP and the GP will often do the mother’s six-week check at the same time as the baby check.

GPs have an ongoing role in care beyond the postnatal period, so they generally do the six-week check postnatal check. If there are any problems that need supervision by a doctor or referral to specialist medical services, the GP can make any necessary referral and can coordinate the care.

The six-week check is in addition to any checks done by Health Visitors and other health professionals. New mothers are normally visited by a Health Visitor soon after the baby is born and may also be visited or invited to visit the Health Visitor at other times.

Why have we chosen the six-week check as the solution to identifying mothers with postnatal mental illness? What about checks by health visitors and midwives?

The six-week check is a really important safety net. While woman have many healthcare appointments during pregnancy, the six-week postnatal check may be the last routine appointment she has with a health professional that focuses on her health, as opposed to the baby’s. Given women’s reluctance to actively seek help for mental health problems, if they are not picked up at the six-week check, there is a significant chance of them remaining undiagnosed.

Why is the campaign only talking about postnatal mental illness in women, when fathers can suffer from mental health problems too?

We’ve worked consistently to combat the misconception that postnatal illness only affects women, including a media campaign: #dadsindistress. Our Hidden Half campaign is focussing on one part of the problem (postnatal mental illness in women) so that we can press for specific measures to combat the low rate of identification of this particular problem. By focusing on one issue, we can make clear specific recommendations that we hope can bring about a real and positive change for the women suffering.

What about the women who suffer from emotional problems during pregnancy, rather than postnatally?

Our public information emphasises that both men and women can experience mental health problems antenatally and postnatally.

We have identified the six-week check as a key opportunity to identify mental health problems. It is vital that health professionals ask about mental health at all appointments but, as the last routine appointment focusing on a mother’s health that many women have with a GP practice, the six-week check is a key opportunity and needs to be effective.

Is the Hidden Half campaign relevant in the whole of the UK?

Why are you asking supporters in Wales, Scotland and Northern Ireland to email their MP, if healthcare is not run by the UK government?

MPs do not directly control health systems in the UK as they are run by local bodies: in England, by the UK government and by local commissioning groups and in Wales, Scotland and Northern Ireland, by the relevant national government. We are asking supporters to email MPs, wherever they live in the UK, with a request that MPs press the national government in the relevant country for change. Our Email MP tool gives supporters a quick way of emailing their MP - by inputting their postcode onto the form, the system generates an email relevant to the country they live in, asking their MP to contact the Minster for health in that country. In this way, we hope to put this issue on the agenda for MPs and for all four national governments across the UK. 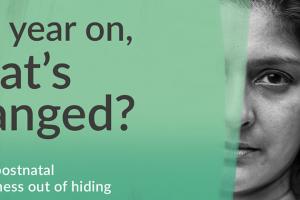 We wanted to make sure new mums were getting a chance to talk about their emotional health with their GP, a year after securing funding for a ... 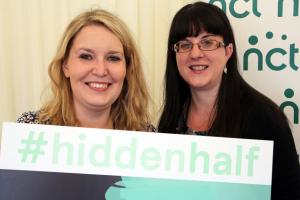 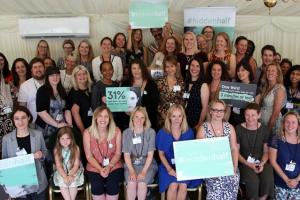 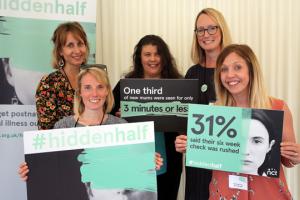