It’s a classic pain reliever for labour but what are the pros and cons of having one? Here we discover some of the lesser-known facts about epidurals.

What is an epidural?

An epidural is a local anaesthetic and painkiller administered through a fine tube into the back.

Why is an epidural used during labour?

Epidurals numb the nerves and stop you feeling pain (OAA, 2016).  The painkillers used in epidurals may be local anaesthetics, small doses of opioids or a mixture of both (OAA, 2019).

You can also have a ‘mobile’ or ‘lower-dose’ epidural. This means you’d receive a lower dose of painkillers so you still have some sensation. Being able to feel something may be helpful as you birth your baby, although it does mean you’re more likely to have some discomfort (OAA, 2019).

How is an epidural given?

During an epidural, your caregivers would ask you to sit curled forwards while an anaesthetist cleans your back and administers a local anaesthetic.  Then the epidural tube is put in via a needle and the tube is left in place during labour (OAA, 2019). It takes up to 20 minutes to set up and then 20 minutes to work (OAA, 2016).

Some NHS Trusts use a combined spinal epidural (CSE). This is where you have a one-off spinal injection at the same time as an epidural tube is inserted so you get immediate pain relief (OAA, 2019).

How do epidurals affect labour pain?

Epidurals are thought to be the most effective form of pain relief for labour (OAA, 2019; Anim-Soumuah et al, 2018). Although one in ten times the epidural may need replacing to make it work better (OAA, 2016).

In some NHS Trusts, you’ll be able to control the dose yourself by pressing a button (patient-controlled epidural analgesia, or PCEA) (OAA, 2019). Since around 2005, lower concentrations of anaesthetic mixed with opiates allow women to have some mobility and feel something, which can help during the birth (Jones et al, 2012; Anim-Soumuah et al, 2018; OAA, 2019).

Epidurals can be topped up to provide extra pain relief if you end up having an assisted or caesarean birth (OAA, 2019). This is effective in 19 out of 20 women for these procedures but if it doesn’t work, don’t worry – another anaesthetic (spinal or general) will be used (OAA, 2019).

Are epidurals suitable for everyone?

If you have pre-existing back conditions, blood clotting issues, or a high BMI, you might need to discuss your care with an anaesthetist (OAA, 2019).

What are women’s experiences with epidurals?

Epidurals may reduce pain during labour more effectively than any other types of pain relief, for example opioids. They might also increase mums’ satisfaction with pain relief (Anim-Somuah et al, 2018).

One small study about women having an epidural for their first birth found that women had mixed feelings around the procedure (Al Hidak and Callister, 2012). Most of the women did not plan to have an epidural but many said they felt on the edge of losing control before they had it. The women felt able to relax once they’d had the epidural and said it took away most of the pain so they could rest before the next stage.

What are the side effects and risks of epidurals?

Epidurals have little or no effect on the baby as measured by their health scores (Apgar scores) or admission to neonatal intensive care (Anim-Somuah et al, 2018; OAA, 2019).

What is the impact of epidural on labour?

Studies have not found that epidurals give you a higher chance of having caesarean (Anim-Somuah et al, 2018; OAA, 2019).

Are there any longer-term effects of epidurals?

How long does an epidural last?

Epidurals have a progressive effect but when it has been in place for a while, it will take three to four hours to wear off (NHS, 2017).

When in labour can I have an epidural?

Epidurals are not recommended very early or very late in labour (OAA, 2016). This is because it increases the chance of further interventions if used early, and is less useful later as it can increase the length of the second stage of labour.

Where can I have an epidural?

Epidurals are only available in hospitals with anaesthetists.

Can my birth partner help?

Your birth partner can help you stay in a good position, comfortable, hydrated and emotionally supported.

Can I use other pain relief with an epidural?

Women don’t find it necessary to use other pain relief medicines with epidurals.

If I have an epidural, would I need any extra procedures?

You’d have a drip to make sure you have enough fluid, and a monitor to check your baby’s heartbeat (OAA, 2016). You might also have a urinary catheter as you won’t be able to feel the need to empty your bladder, and you may not feel able to move to the toilet (OAA, 2016).

Sometimes, extra monitoring for your baby will include a clip attached to their head via your vagina (NHS, 2017).

This page was last reviewed in August 2019.

Our support line offers practical and emotional support with feeding your baby and general enquiries for parents, members and volunteers: 0800 640 5599.

We also offer antenatal courses which are a great way to find out more about pregnancy and life with a new baby.

Research from the Royal College of Obstetricians and Gynaecologists (RCOG) about the use of water as pain relief in labour.

OAA. (2016) Pain relief in labour: how do the options compare. Available at:  https://www.labourpains.com/assets/_managed/cms/files/InfoforMothers/Pa… [Accessed 5th August 2019] 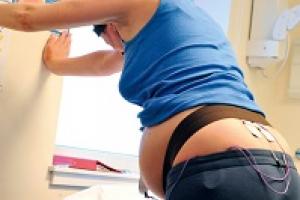 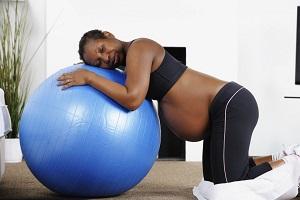